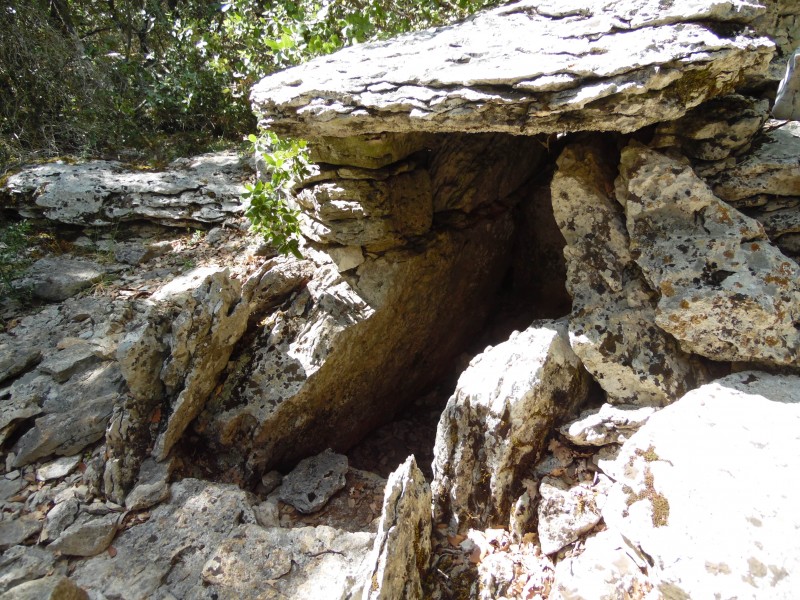 Méjannes-le-Clap, from the Prehistoric times to modern days...

Let's time-travel back 5000 years, here, on the plateau of Méjannes-le-Clap. Forget about the endless uninhabited wide-open spaces that come to your mind. There were more inhabitants in Méjannes in the prehistoric times than there are now!
Several sites dating back to the Paleolithic era have been found around the village. There are 42 huge stone tables called dolmens in the neighbourhood (among which the "Table des Turcs" and the "Maison des fées". They are believed to have been funerary monuments. There is also the site of the Grotte de l'Aigle, where over 2914 bone fragments and no less than 82 tools were unearthed.Together with other prehistoric sites, they are a sure sign that our prehistoric ancestors had settled in the area. The nearby Cèze river and the many fish that live in it were probably what led them to do so.

Because of its ideal location, the plateau remained a home to men through the centuries, as can be told by the Gallo-Roman remains or the "Aven-grotte de Peyre-Haute", which appears to have been occupied at least until the Middle Ages, sometimes as a shelter for men and sometimes as a sheep pen. 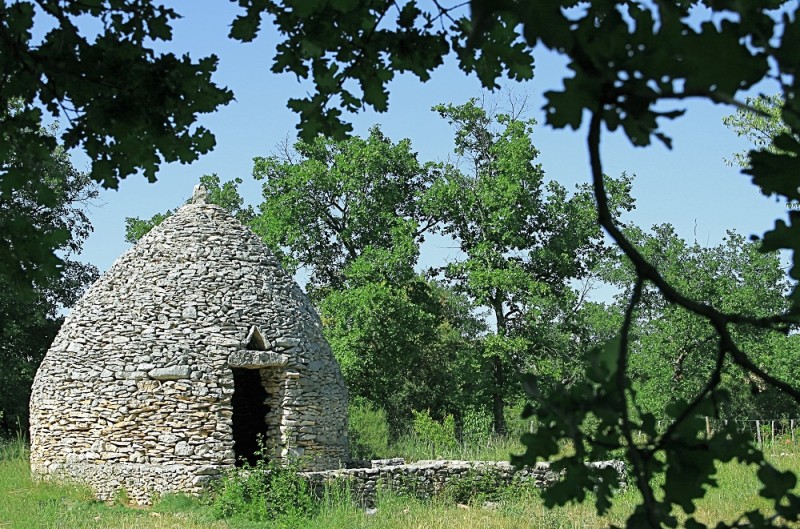 A busy area all through the centuries

During the 16th century, Méjannes-le-Clap went through an economical booming. The dry stone walls and "Capitelles" (round stone houses) you'll notice here and there as you walk through the garrigue are the remnants of this distant and prosperous period when bark pickers, lumberjacks and shepards went to and fro the forest.
Several "Mas" (big stone farmsteads) started popping up everywhere. Their residents made a living from sheep and silkworm farming. Some of these great buildings are still standing to this day and can be spotted along some of our hiking paths.

In the 17th century, glass-makers settled on the plateau because of its dense forest and within a few years, Méjannes became the capital place of the Gard for glassmaking. The Popes themselves bought their glassware from the village.
But while the glassmaking industry helped the area thrive, it required felling many, many trees, and the scrubland that covers the plateau nowadays is the result of this deforestation.

The coal industry replaced the glassmaking industry in the early days of the 18th century and lasted until the beginning of the 20th century. While exploring all the nooks and crannies of the garrigue, the coalmen discovered most of the holes and cavities known today. Silkworm farming also remained a well developed activity for several years and the village prospered. 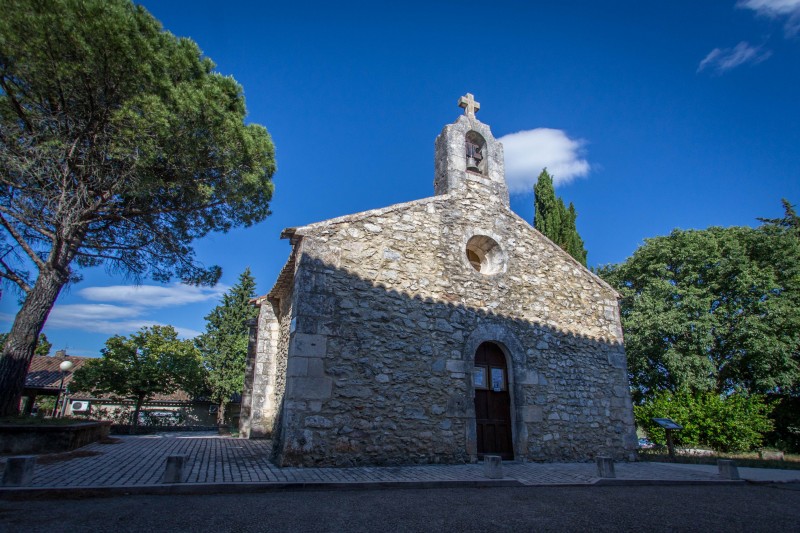 Decline and resurgence of the village.

This thriving period was unfortunately marred by Religion wars. Standing between the Protestant Lussan and the Catholic Avéjan, Méjannes-le-Clap suffered from the raging conflict. In 1703, its only church was destroyed by "heretics" and had to be rebuilt, closer to the farms. The new chapel eventually became ecumenical in 1976.
During the French revolution, Méjannes became a "commune". Then the silk industry started going downhill, and finally World War I dealt Méjannes the final blow. During World War II, the plateau was used as a hiding place by resistants. Still, little by little, people abandoned the village.
By the end of the 1970's, only a few dozens of inhabitants still lived there. That's when the "Conseil Général du Gard" decided to turn Méjannes-le-Clap into a proper holiday resort because of its central position between the Ardèche, the Camargues, the Cévennes and the Rhône valley. It invested into many infrastuctures, including the regional Sports and Leisure Center thanks to which you are now able to enjoy several activities such as rock-climbing, archery or caving.
All these improvements brought the village back to life. The well preserved nature, the many hiking routes and the opening of the "Grotte de la Salamandre" in 2013 have made the now 700 souls village a popular holiday location.